The Legend of the Wawel Dragon 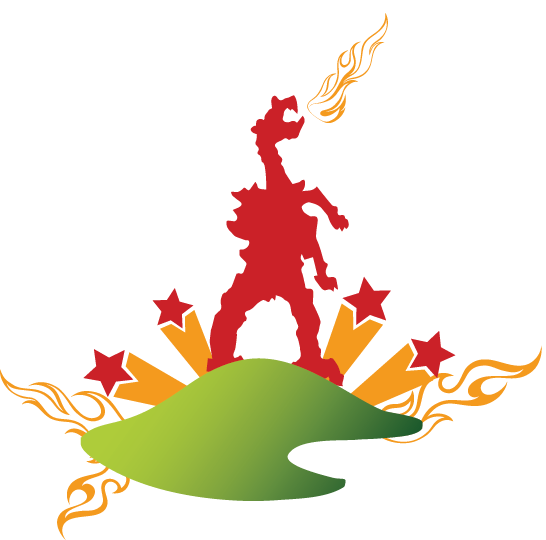 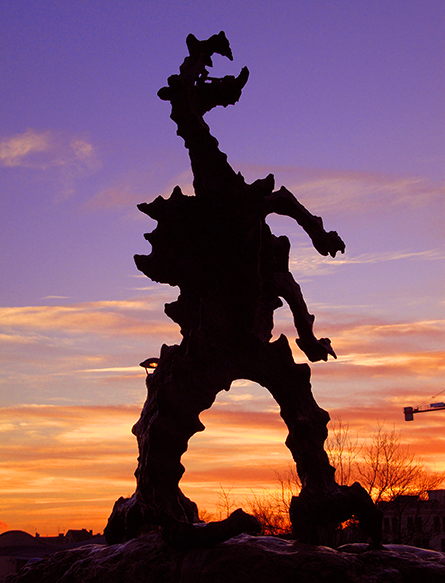 A long time ago, when Polish lands were ruled by king Krak, a dragon appeared in Kraków. It was a huge animal with green skin, long tail and mouth filled with sharp teeth. The dragon settled in a cave under the castle and demanded that once a week a sacrifice in the form of a cow be given to him. If his cravings were not satisfied, he would kidnap people.

The people of Kraków were paralysed with fear, but there were a few brave ones who claimed that they could defeat the dragon. Unfortunately, none of them returned after venturing into the monster’s cave. Both the king and his subjects lost hope of being rescued. Every week the cattle herds were dwindling painfully, as the dragon always demanded the finest animals. Everyone was worried what would happen when all the cows were eaten.

Therefore, king Krak announced: “Whoever kills the dragon shall get half of the kingdom and my daughter as wife”. Many brave knights stood against the dragon. However, no one succeeded in defeating the beast. Finally, a young cobbler came up with a great idea! He stuffed a sheep’s skin with sulphur and left it by the dragon’s cave. The hungry monster, seeing the tasty sheep, did not think long and devoured it all at once.

Right after that, he felt his stomach burning. With every passing moment it was burning more and more. Thirsty, he ran to the bank of the Vistula River and started to greedily drink water from the river. He took one gulp, then a second and a third but could not quench his thirst. So he kept drinking until he burst! The town was freed from the terrible dragon, and the cobbler received the promised reward from the king and married his daughter.

Cheer event not to be missed !

Join our International community a be a part of history in the making in European Cheer!

Dance Day
Cheer Day
We use cookies to ensure that we give you the best experience on our website. If you continue to use this site we will assume that you are happy with it.OkPrivacy policy